Prof. Dr.-Ing. Marc Regier studied at the University of Karlsruhe physics before he received his doctorate at the Institute of Food Process Engineering (Prof. Dr.-Ing. Helmar Schubert) in the field of microwave drying of food and provision of water distribution by means of magnetic resonance imaging in 2003. In his time at the Federal Research Centre for Nutrition and Food (today Max Rubner Institute) he worked among others with the drying, microwave applications and other new methods. After another stay at the Institute of Food Process Engineering, he was in 2007 as Professor of Food Process Engineering at the Technische Fachhochschule Berlin (today Beuth University of Applied Sciences) called from where he moved to the University of Trier in 2010.

Dr. Kai Knoerzer has a background in process engineering (BSc), chemical engineering (MSc) and food process engineering (PhD, summa cum laude), all awarded from the Karlsruhe Institute of Technology (Germany). In 2006, he commenced work with Food Science Australia (a joint venture of the Commonwealth Scientific and Industrial Research Organisation (CSIRO) and the Victorian Government) as a Postdoctoral fellow. He has since become a Principal Research Scientist in CSIRO Agriculture and Food. Kai has a proven track record in food process engineering research and development, particularly of innovative technologies. Currently, he is leading research and venture science activities across a number of innovative food processing technologies, including high pressure thermal processing and extrusion technology. Kai’s work has shown both science impact, with more than 100 peer-reviewed journal publications, conference proceedings and book chapters, 7 patents/applications, 4 edited books and over 100 oral and 50 poster presentations at national and international conferences, as well as commercial impact in the food industry. His work has also been recognised with various international awards for research excellence. Kai has been an active member of IFT’s International Division in the leadership team for >10 years and is past chair of this division. Kai serves Elsevier's Food Science Reference Collections as the Food Process Engineering section editor.

Schubert was also director of the Institute of Chemical Engineering of the Federal Research Centre for Nutrition in Karlsruhe from 1977 to 1991. Subsequently, he worked from 1982 to 1984 Head of the Federal Research Institutes for Food and GVC-Chairman from 2001 to 2004. In addition, he from 2002 to 2004, Vice-Chairman DECHEMA Society for Chemical Engineering and Biotechnology eV He also led the GVC technical committee "Food Process Engineering" and was a member of the specialist committees "interfaces" and "Agglomerisation- and bulk solids technology".

Schubert is a member in the Berlin-Brandenburg Academy of Sciences since 2001. He is also a member of the International Academy of Food Science and Technology and the German Academy of Science and Engineering. Helmar Schubert is a founding member of the International Association for Engineering and Food IAEF and since 2004 Chairman of the European Federation of Chemical Engineering EFCE Section on Food. In addition, he has worked as an author. The European. 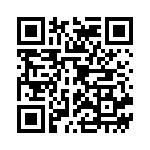