Pagina 115
Letters of the most private and interesting nature , which passed between Mr.
Walpole , the Duke of Newcastle , Mr. Pelham , Mr. Trevor , Lord Chancellor
Hardwicke , the Hon . Philip Yorke , late Earl of Hardwicke , and others , from the
period ...
Pagina 205
If our boundaries were less confined , there are many , very many , interesting
anecdotes and observations in the volume respecting the most eminent persons ,
both in letters of their own compo . sition , and in the editor's notes , which it
would ...
Pagina 502
With the resolution of this question , he closes the memoir ; in which , he justly
says , he has endeavoured to introduce certain interesting remarks on the
observations and instruments employed during a long period of years , relatively
to the ... 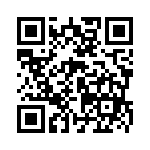