Faith Berry is the author of the groundbreaking biography Langston Hughes: Before and beyond Harlem. She lives in Cincinnati, OH. 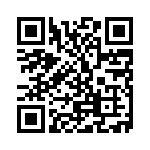