Pagina 16
of these speeches were delivered , not in the Greek language , as they are recorded by St. Luke , but in Chaldee , the language of Palestine . Nor is it probable , that any of the persons , who were present at the time , when they were ...
Pagina 174
On the other hand , the supposition of a common original , if it be alleged to have been written in the Greek language , leaves this verbal disagreement wholly unex . plained ; and , if it be stated to have been written in the Hebrew ...
Pagina 209
of what has already been published in the English language , but has also consulted the best French authors on the subject , adding thereto many observations , which during a long service in the Royal Navy he has been enabled to make . 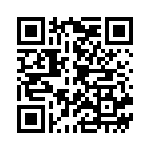