Pagina 211
The Yapp - Hansson Index , suggested by Professor Nils Hansson , a Swedish investigator , and modified by Professor W. W. Yapp , of the Illinois Station , is x = 2a – b , in which x is the bull's transmitting ability , a the daughters ...
Pagina 281
Accordingly I have attempted to show below in tabular form a suggested variation from the Haldane Committee's proposals regarding grouping : PRIME MINISTER External Affairs and Defence . Man - power and Social Services . Production .
Pagina 720
The area suggested here is some 150 square miles , bounded roughly by Conway , Bettws - y - Coed , Beddgelert , and Caernarvon . It is enclosed by main motoring roads , whilst two others cross it . This , as many know , is a region of ... 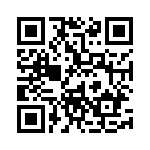