Well worth the money Shermer and Grobman's _Denying History_ whetted, but did not completely satisfy, my appetite to learn more about the historical evidence for the Holocaust, so I bought and read ... Volledige review lezen

Robert Jan van Pelt is Professor in the School of Architecture, University of Waterloo, Canada. He is author (with Debrah Dwork) of Auschwitz: 1270 to the Present and winner of a National Jewish Book Award, 1996, and of the Spiro Kostof Book Award of the Society of Architectural Historians. 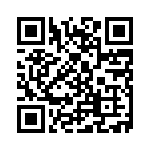