Pagina 9
of a tree called Gharrab , of the size of an olive - tree , with leaves like those of the
poplar , but somewhat broader . The honey collects upon the leaves like dew ,
and is gathered from them , or from the ground under the tree , which is often ...
Pagina 41
If much of this horned rye , as it is called , be allowed to enter into the composition
of bread , the persons who eat of it are seized with a dry gangrene , which
sometimes terminates in the loss of their limbs . in . . . Sage , we are told , is so
called ...
Pagina 342
which i is , we believe , in Hudson ' s Bay called the Black - headed 5 ! but , if the
bird in question be the Nigra , it frequents fresh ini preference to salt water . At
Bellefontain , Dr . Baldwin found a plant which he considered as forming a new ... 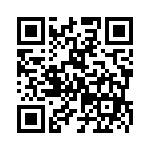