Born in Iran, Hamid Naficy came to the United States in 1964 and is Professor of Film and Media Studies at Rice University. He has published extensively on exile and diaspora theory, culture, television, and cinema as well as on Third World and documentary cinema. Naficy is currently completing his long-awaited book on the Iranian cinema. 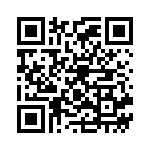