Pagina 32
The entities in question, such as bacteria, animals, men, books, etc., are
completely different, and so are the causal mechanisms involved. ... Or there are
systems of equations describing the competition of animal and plant species in
nature.
Pagina 72
Is it, however, possible to call a planarian or hydra an “individual” if these animals
may be cut up into any number of pieces and still regenerate a complete animal?
Double-headed hydras can easily be made by experiment; then the two heads ...
Pagina 147
When, in the seventeenth century, Descartes introduced the concept of the
animal as a machine, only mechanical machines existed. Hence the animal was
a complicated clockwork. Borelli, Harvey and other so-called iatrophysicists
explained ... 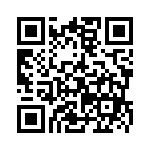