Andrew Oliver is a retired art historian and museum administrator living in Washington, DC. With degrees from Harvard College and the Institute of Fine Arts at New York University, he was director of the Museum Program at the National Endowment for the Arts, a federal agency in Washington, from 1982 to 1994. Earlier in his career, from 1960 to 1970, he was a curator in the Greek and Roman Department at the Metropolitan Museum of Art, and for many decades he has written and lectured on the decorative arts of the ancient world. He has traveled widely in the Mediterranean, sometimes as a lecturer for academic cruises, and has made a special study of the published accounts of European and American visitors in lands of the Ottoman Empire. Mr. Oliver is a Fellow of the Society of Antiquaries of London. 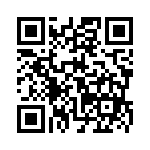