Pagina 50
Another , and have so placed the arms of his father , perhaps more probable , explanation may be Geoffrey of Anjou , whatever they may have that both France and England made the been . As I did not , and do not , know for change ...
Pagina 128
1839 , expresses the opinion that it was nesses mentioned in the manuscript cited by originally Ham - hythe - a town with Mr. E. Williams may , perhaps , have been harbour or creek , ” but this nowadays will first cousins of Edmond ...
Pagina 235
In the Lists of Stock - Ogilvy , perhaps third son of Sir John Ogilvy holders alluded to by Disraeli and Thackeray , of Invercarity , fifth Baronet , born 10 April , stars may have been used instead of figures . 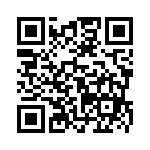