Pagina 550
But where Rousseau had run away from Geneva toward France in search of
revelation, Senancour ran in the opposite direction. So in 1789, while the youth of
France was on the road to Paris to behold the birth of Liberty, Senancour
escaped ...
Pagina 551
"If scarcely picturesque," wrote Senancour, then the silence and the sterility
sufficed, the "mute waste" corresponding nicely to the state of his soul. No
wilderness, of course, was complete without its arcadian hermit. And Senancour
was led to ...
Pagina 611
For Scnancour, see the hagiography by Jules Levallois, Un Preeurseur,
Senancour (Paris, 1897), and the better, critical study of the works by Marcel
Raymond, Senancour: Sentations et rerelations ( Paris, 1 965 ) . 45. Scnancour,
Oherman ...

Simon Schama is University Professor of Art History and History at Columbia University and the prize-winning author of seventeen books, including The Embarrassment of Riches, Citizens, Landscape and Memory, Rembrandt's Eyes, the History of Britain trilogy and The Story of the Jews. He is a contributing editor of the Financial Times and his award-winning television work as writer and presenter for the BBC includes the fifteen-part A History of Britain and the eight-part, Emmy-winning Power of Art. 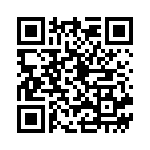