Pagina 61
... under Davoust , — consisting of five divisions , French , effective , about 50,000 2d corps , Oudinot , — three divisions , French 30,000 3d corps , Ney , — also three divisions , French , Germans , and Portuguese 30,000 4th corps ...
Pagina 68
The leading object of the Russian Generals , first of Kutusoff and afterward of Wittgenstein , was not to attempt a direct attack on the French army , but to confine Napoleon and his auxiliary corps to a line of road which would bring ...
Pagina 130
The tumult and confusion in the French centre were so great , that two regiments of French horse , which advanced at full gallop to cover the fugitives , passed the Prussian column at this . moment , mistaking them for their comrades . 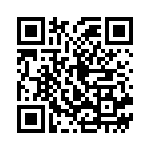