Pagina 13
... unforeseen distinction upon even the most vulgar - looking object ; none the
less , to make the magic power of figuration which certain men possess serve the
purpose of preserving and reinforcing that which would exist without them
anyway ...
Pagina 41
The inanimate borders so closely here upon the animate that the imagination is
free to play infinite variations on these quite mineral - looking forms , and to
subject them to the same mental process as that which takes place when one ...
Pagina 66
I am looking forward to its consummation , certain that I shall never share in it ,
but death would matter little to me could I but taste the joy it will yield ultimately . "
Aragon expressed himself in very much the same way in Une Vague de Ręves ... 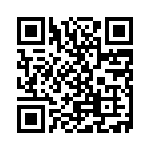