Pagina 756
dition to which the grand army was Colonel Graham , whom I had the bsreduced . nour of knowing at Mr Stuart's . “ I think it my duty to announce to App . p . 76 . you , as our good and faithful Ally , that Immediately before receiving ...
Pagina 969
Great sickness among the British army, ib. Gen. Beresford increases the Portugueze army, 864. Two men strangled for uttering base coin, ib. a Portugueze priest, his bold conduct at Macao in China, 774 Prevost, Gen. arrives off ...
Pagina 971
Severe engagements with the Russian army, 936. Alarmed at the approach of the Russmans, 936. Rellections on the situation of the country, ib., the Tyrolese rise against the French, 46 t. Deseat a corps of Bavarians, ib. 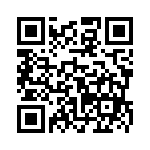