Pagina 26
1 6 My Dear Sir Henry , priority as far as the copies , which are left , extend . Do you think Government would purchase I would , however , confine the number to 50 , my Manuscripts ? at a fair estimate . and 5 copies extra for the ...
Pagina 44
Colonel Henry Bird of the 5th Foot , and was said to be the daughter of an and second dau . of Colonel Bird , an American officer of the Buffs left under Col. Bunbury's Loyalist , who , at the conclusion of the She was very extravagant ...
Pagina 205
Edmund Gyles glazier ” applied to one who makes plain lived in the house on Micklegate Hill , where lead lights . most probably his father Nicholas lived Henry Gyles might , therefore , have been before him and his son Henry after . 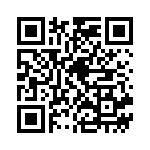