Paul Kater was born in the Netherlands in 1960. He quickly developed a feel for languages but did not pursue a career in those as his native language, Dutch, did not offer many options in that time.

Since 2003 he's been writing more seriously and since 2010 he's publishing shorter and longer stories on the internet.

Paul currently lives in Cuijk, in the Netherlands, with his books, two cats and the many characters he's developed in the past years, who claim he is a figment of their imagination. 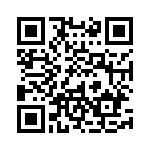