Pagina 126
In some animated short features , Speedy is the hero of his Veracruzlike communities , but he can also be the " enemy " when it comes to the issue of sexual desire and coupling - in fact , in Gonzales Tamales ( dir .
Pagina 133
In short , he is nothing more and nothing less than a leader of his people . I offer here a slightly Photoshopified still frame as an emblem of the foregoing revisionist Speedy take . I wish I had the means to ally myself with this ...
Pagina 168
20 González's revelatory short film , entitled The Assumption of Lupe Vélez ( 1999 ) , functions simultaneously as biography , criticism , and fiction in its attempt to disclose a Velezian cosmography that reveals woman , celebrity ...

WILLIAM ANTHONY NERICCIO is Professor of English and Comparative Literature at San Diego State University in California, where he also serves on the faculty of the Center for Latin American Studies and the Department of Chicana and Chicano Studies. 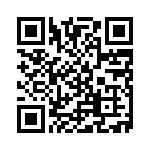