Isaac received his Bachelor degree in the study of Psychology and Counseling from Evergreen State College in Washington. He later pursue his Master's degree in the field of Christian Theology from Christian Leadership University of Monroe, Louisiana. During the same period of his continued education he received his Doctoral degree in Christian Counseling. Through his hard work and being faithful in the ministry, he later received his PhD in Christian Ministry, also from CLU. 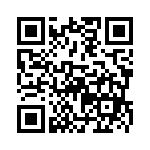