L.W. Conolly is a Professor of English at Trent University, Peterborough, Ontario, a senior member of Robinson College, Cambridge, a Corresponding Scholar of the Shaw Festival in Niagara-on-the-Lake, Ontario, and a Fellow of the Royal Society of Canada. He has published widely on British and Canadian drama and theatre. 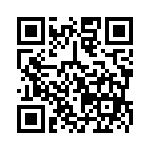