The power of Darwinism fascinates. The theory of evolution through natural selection devastated every secular and sacred shibboleth held tightly for millennia. What has most impressed me is the utter ... Volledige review lezen

Fascinating account of Darwin's intellectual milieu and motivation. I knew of the Malthus stimulus and of Wallace's nearly scooping him, but the case here is that slavery was the driver. His family ... Volledige review lezen 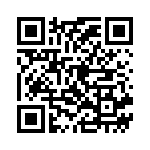