A wonderful exuberant and conversational first-hand account of the activities of the Zurich Dadaists. One of my favourite books of all. Volledige review lezen

Hans Richter (1888 -1976) was well known both as a painter and as a filmmaker. While in Zurich from 1916 to 1920, he started the Dada movement with Hugo Ball, Tristan Tzara and others. In 1940 he left Europe for the US and became an American citizen. His films include Vormittagsspuk, Dreams that Money Can Buy, Dadascope and 8 x 8, produced in collaboration with Arp, Calder, Duchamp, Ernst, Huelsenbeck, Man Ray and others. His paintings hang in galleries around the world, and he is the author of several books on cinema and art. 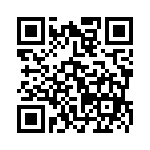