Pagina 61
He exhibits for the most part the naked object , with little drapery thrown over it . His metaphors , which are few , are not for ornament , but use , and as like as possible to the things themselves . He does not affect to shew his ...
Pagina 351
The Acropolis of Corinth ( Acrocorinthus ) is described as nearly the finest object in Greece , and is even now in a military point of view of the highest importance , since it abounds in water , has for the most part precipitous ...
Pagina 365
... nor was it indeed till a later age , that of Constantine , that the cross became a general object of veneration . ... a great variety of structures and forms , to numerous objects , civil and military , as well as ecclesiastical . 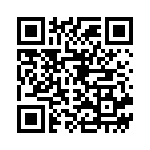