Pagina 144
for Japan, the United States, Taiwan, and Mexico, four of the six countries that are
examined in Chapters 5 and 6. As noted shortly, the aggregate figures for Mexico
conceal the actual pattern of change and must be considered in the light of ...
Pagina 294
16; Sergio Reyes Osorio et al., Estructura Agraria y Desar- rollo Agr'tcola en
Mexico, 3 vols., Centro de Investigaciones Agrarias (Mexico. D. F., 1970), all
references are to Vol. 1. 45. The analysis of yield levels takes into consideration
irrigation ...
Pagina 295
Freithaler, "Mexico's Foreign Trade," pp. 62-65. 52. The figures in terms of "
agricultural products" based on the official Mexican classification, which are
somewhat lower than the figures in the text which are based on a United Nations
... 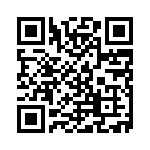