Pagina 425
There had, of course, been marriagepair portraits before the seventeenth century,
though it was in northern France and Flanders that the genre replaced pendant
donor portraits within a single frame. From the very famous van Eyck Arnolfini ...
Pagina 655
Burke, Peter, Venice and Amsterdam: A Study in 17th Century Elites, London,
1974, is essentially a social comparison but ... the seventeenth century by Haak,
Bob, The Golden Age: Dutch Painters of the Seventeenth Century, New York,
1984.
Pagina 663
For the perennial conflicts that arose from some of these perceptions and
misperceptions see Barbour, Violet, “Dutch and English Shipping in the
Seventeenth Century,” Economic History Review (1930) 261–90; Farnell, J. E., “
The Navigation ...

Simon Schama is University Professor of Art History and History at Columbia University in New York. His publications include Patriots and Liberators, The Embarrassment of Riches, Citizens, Dead Certainties, Landscape and Memory, and Rembrandt's Eyes. 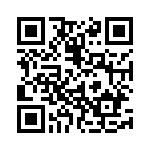