Pagina 62
The word - based theory has as many supporters as opponents ” , and despite
the problem just mentioned , additional arguments can be given , beyond those
discussed in the literature , in favor of this theory . In particular , consider the ...
Pagina 190
By itself , this observation is not particularly relevant , since the use of the X - bar
theory implies a certain parallelism between syntax and morphology , and thus
offers the possibility of explaining morphological gaps in relation to the syntax .
Pagina 235
Lapointe , S . ( 1978 ) , A Theory of Grammatical Agreement , Unpublished
doctoral dissertation , University of ... Lapointe , S . ( 1983 ) , A Comparison of two
Recent Theories of Agreement , in Papers from the Parasession on the Interplay
of ... 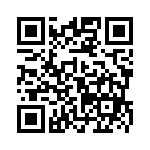