Born and educated through a B.A. degree in Nova Scotia, Canada, Ainslie T. Embree received an M.A. from Union Theological Seminary in 1947. He then went to India, where he taught history at Indore Christian College for a decade. In 1958 he emigrated to the United States, where two years later he received his Ph.D. from Columbia University. The remainder of his professional career has been spent at Columbia and at Duke universities. A naturalized citizen of the United States since 1965, he has served as a member of the Council on Foreign Relations and as a counselor for cultural affairs in the American Embassy in New Delhi. A past president of both the Association of the American Institute of Indian Studies and the Association of Asian Studies, Embree has produced a number of major works. Recently he served as editor in chief of the four-volume Encyclopedia of Asian History (1988), a major new reference tool for Asia. Embree's work has been important in illuminating India's tortuous path from colonial domination to cultural and political independence. His work on the individual, religious, and cultural meaning of modernity in India has been very influential. 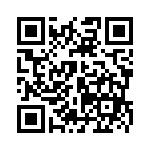