Paul Johannes Tillich was born into a German Lutheran pastor's family in that part of Germany that is now Poland. He attended several universities, earning the doctorate in philosophy in 1910, then taught at several more from 1919 to 1933. Removed from his professorate at Frankfurt by the Nazi government, he emigrated to the United States, with the encouragement of Reinhold Niebuhr, and taught at Union Theological Seminary in New York (1933--55), Harvard University (1955--62), and the University of Chicago (1962--65). The fullest biography, including some fairly lurid material of a psychosexual nature, can be found in the appreciative work by Wilhelm and Marion Pauck. The student who wants to encounter Tillich at his most succinct might turn to The Courage To Be (1952) or The Theology of Paul Tillich (1982). He is sometimes classified as Neo-orthodox, but that label does not fit him as well as it does Karl Barth, who had small regard for Tillich's "theology of correlation," where responding to the world's questions is seen as the proper way of practicing theology. 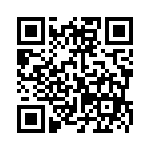