The Antiquary was Walter Scott’s third novel, set like the first two in Scotland in the 18th Century. Again, the novel is as much of value for entertainment as it is as an historical record of life in ... Volledige review lezen

The third book in Scott's Waverley series. Another well told yarn set in an historic background (1790s this time). I found the plot a little contrived - another lost heir, but not to the point of ... Volledige review lezen

Pagina xxxi - In [April 1758] my father married Anne Rutherford, eldest daughter of Dr John Rutherford, professor of medicine in the University of Edinburgh. He was one of...
Komt voor in 46 boeken vanaf 1824-2003

Sir Walter Scott was born in Edinburgh in 1771. Educated for the law, he obtained the office of sheriff-depute of Selkirkshire in 1799 and in 1806 the office of clerk of session, a post whose duties he fulfilled for some twenty-five years. His lifelong interest in Scottish antiquity and the ballads which recorded Scottish history led him to try his hand at narrative poems of adventure and action. The Lay of the Last Minstrel (1805), Marmion (1808), and The Lady of the Lake (1810) made his reputation as one of the leading poets of his time. A novel, Waverley, which he had begun in 1805, was published anonymously in 1814. Subsequent novels appeared with the note "by the author of Waverley"; hence his novels often are called collectively "the Waverley novels." Some of the most famous of these are Old Mortality (1816), Rob Roy (1817), Ivanhoe (1819), Kenilworth (1821), and Quentin Durward (1823). In recognition of his literary work Scott was made a baronet in 1819. During his last years he held various official positions and published biographies, editions of Swift and Dryden, tales, lyric poetry, and various studies of history and antiquity. He died in 1832. 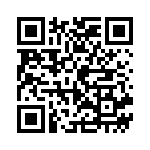