Sacred Hunger is an ambitious drama based on the 18th century triangular slave trade route. The Liverpool Merchant sets off to exchange manufactured goods for slaves in West Africa, who can in turn be ... Volledige review lezen

Somehow, even though this is about a difficult topic (the slave trade) and is very long (over 600 pages); I found it a relatively easy book to read. Unsworth is such a good story-teller that I just ... Volledige review lezen

Barry Unsworth was born in Wingate, England on August 10, 1930. He received an undergraduate degree in English from the University of Manchester in 1951. He started out writing short stories, but soon switched to novels. His first novel, The Partnership, was published in 1966. He wrote 17 novels during his lifetime including Stone Virgin, Losing Nelson, The Songs of the Kings, Land of Marvels, and The Quality of Mercy. Sacred Hunger won a Booker Prize in 1992. Morality Play and Pascali's Island were both made into feature films. He died from lung cancer on June 5, 2012 at the age of 81. 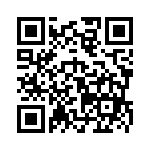