Michael Miller has written more than 150 non-fiction how-to books over the past two decades, as well as a variety of web articles. His best-selling books include Que’s Absolute Beginner’s Guide to Computer Basics, The Ultimate Digital Music Guide, and Is It Safe? Protecting Your Computer, Your Business, and Yourself Online. Collectively, his books have sold more than 1 million copies worldwide.

Miller has established a reputation for clearly explaining technical topics to nontechnical readers, and for offering useful real-world advice about complicated topics. More information can be found at the author’s website, located at www.molehillgroup.com. 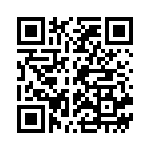