F G Hardy (or Gavin Hardy) is a Tutor in the Office of Lifelong Learning at the University of Edinburgh, UK. 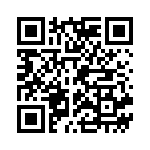