Pagina 268
Many , like Kanha National Park , where George Schaller worked , are less than 100 square miles in area . Also , India is much more densely populated than Africa , comparatively speaking , and wildlife tends to be squeezed into ...
Pagina 420
... criticism ' devoted to less important writers - to Forster , for instance , who had much less significant things to say ... and diverse genius , while the literary world gives more attention to altogether less significant spirits .
Pagina 456
These are well , if idiosyncratically , chosen : the Boer War , Gallipoli , Kut and Singapore , of course ; less expected are the naval treaties by which Britannia formally abandoned claims to rule the waves ; the destruction during its ... 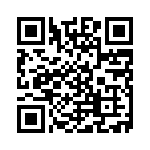