Pagina 71
Lexical formatives and word formation rules In the preceding chapter , a
schematic representation was given of a model of lexical morphology that
consists of different levels , specifically , a Dictionary and two blocks of rules . In
this chapter , a ...
Pagina 198
have attempted to offer a unified view of the major problems and areas of
research in contemporary lexical morphology . If we have succeeded in this goal ,
it is at least in part due to a certain degree of simplification of the material covered
.
Pagina 235
Kiparsky , P . 1982 , Lexical Morphology and Phonology , ms . Kuhn , T . S . (
1962 ) , The Structure of Scientific Revolutions , The University of Chicago Press ,
Chicago . Lakoff , G . ( 1970 ) , Irregularity in Syntax , Holt , New York . Lapointe ,
S ... 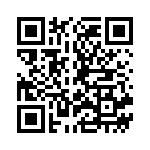