Vijay Mukhi will be 61 before the year 2018 leaves us which makes him an elder statesman. He has basically done two things in his life. Teaching in his own computer training institute aptly called Vijay Mukhi’s Computer Institute or VMCI. At the same time wrote lots of books, over 80 of them ranging from traditional programming languages like C++ , Autodesk Animator ….

His books have been translated into language like Japanese and Portuguese. All the books Vijay writes are inspired by the way he teaches. In his classes, he gets people who do understand the subject matter he teaches. He thus starts from scratch and explains every program line by line. Every line of code is worth a thousand words. Vijay Mukhi is not a software developer but a teacher at heart.

His hobby is working with law enforcement and the industry in catching the cyber-criminal. 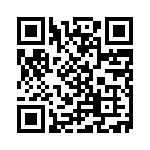