Ronald Paulson is William D. and Robin Mayer Professor of the Humanities at the Johns Hopkins University. His many books include Don Quixote in England: The Aesthetics of Laughter, also available from Johns Hopkins. 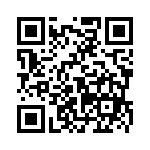