M.A.R. Habib is Associate Professor of English at Rutgers University. He received his D.Phil. in English from Oxford University, and is the author of five books, including Modern Literary Criticism and Theory: A History (Blackwell, 2007). 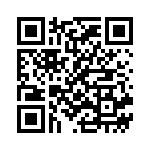