Pagina 48
They are supposed to have travelled more than fifty miles in between six and seven hours . However , perseverance and charity are aiding to repair past devastations ; and Martigny is now rising from its ruins .
Pagina 147
... another process is going on , which ultimately transmutes all the parts which it attacks , into those irregular cerebri - form - looking masses , that are supposed to be characteristic of this disease in its advanced stages .
Pagina
Savin , its supposed medicinal powers , 77 . School , on the recollections of , 207. Verses on , 208 . Schools , provisions for , in America , 252. Of Scotland , See Scotland . Scotland , Universities and schools of , observations on ... 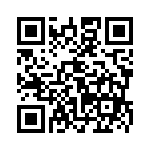