Pagina 162
The Report * of this Commission , under the Chairmanship of Sir Walter Shaw , was unanimous , but it was accompanied by a Note of Reservations by Mr Snell , now Lord Snell , the representative of Labour , who was far more sympathetic to ...
Pagina 163
That document approved of a large part of the Shaw Report , and stated that , for the moment , two battalions of infantry , besides units of the Air Force , would be maintained , as they are now being maintained , in Palestine .
Pagina 305
In 1810 the Bullion Committee was appointed to investigate the state of things , and in May 1811 its Report was debated in the House of Commons . Mr Horner's resolutions in support of the Report were defeated after a debate of four ... 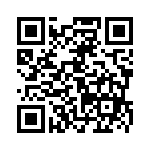