Pagina 107
And he will find one , and one only on the whole face of the carth , which has that appearance . And that appearance it has so strongly , that it is scarce possible not to discern it . This land so appearing , is France , which has ...
Pagina 363
... February and often in january , and where the oak frequently retains its foliage the whole winter through , are , in regard to botany and rural economy , the noblest tract in Taurida , and perhaps in the whole extent of the empire .
Pagina 398
This is a profuse expenditure of parish money , as two - thirds of the whole number of persons would support themselves out of the house , on being allowed only two shillings a weck each * . ' • If it be true , that two - thirds of the ... 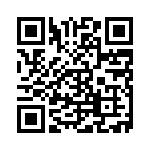