Pagina 129
We may herehy see how facts confirm each other : the fact , that Hugh M'Aulay Boyd wrote the Freeholder at Belfast , in Fea bruary , and March , 1776 , goes to prove , that the same Hugh M'Aulay Boyd was called to the bar at Dublin ...
Pagina 289
... he thought it required an answer , which he intended to give it ; and he did , to my knowledge , take mensures to ascertain some facts with that view ; but , upon maturer consideration , it would seem , he relinquished the design .
Pagina 403
In attempting to prové , ( says Mr. H. ) that albumen of : the coagulating lymph is the original animal substance , I have hitherto only stated chemical facts ; but when the phćnomena atiending in , cubation are considered ; when the ... 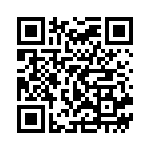