Books on the history of Science fiction writing invariably mention a sub genre which I understand to be pro-to science fiction. The term science fiction came into prominence in the 1920’s and so ... Volledige review lezen 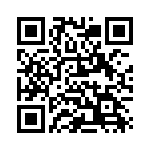