Michael Albert is an American activist, economist, speaker, and writer. Since the late 1970s he has been involved with publishing left wing literature. He is known for helping to develop the socioeconomic theory of participatory economics. 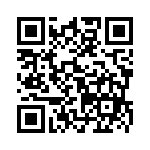