Pagina
Pencil drawing . Philadelphia Museum of Art ( Gallatin Collection ) . ... Black and red ink drawing . Coll . Mrs Teeny Duchamp , New York . ... One of 12 drawings on both sides of six cardboard discs . Second edition ( 1,000 copies ) ...
Pagina 90
The two years 1911 and 1912 already reveal the entire range of Duchamp's dissidence , a dissidence expressed brilliantly as much in the subject matter as in the manner of his drawings and paintings , and it should be noted , in fact ...
Pagina 306
The drawing arranges itself symmetrically in relation to the vertical axis of the sheet of paper . This is reminiscent of a procedure used by children , a procedure which , as far as I am aware , they each rediscover individually when ... 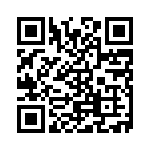