Pagina 147
A mass of grubby hand shaking , and away we went , the way ahead of us clear for the first time in days . Oddly enough , neither of us felt much the worse for wear as we checked into our previous pub in Montpellier .
Pagina 188
To take the Conservatives first , it is clear that the Constitution , agreed by Her Majesty's Government and approved in Rhodesia by a referendum in 1960 , was , after that referendum , so amended as to increase the power of the British ...
Pagina 550
However , this is better than nothing , and soon another larger and more clearly defined gap appears , this time ahead . ... of large houses reaching to a little westfacing col , and , blessed relief , their tops are clear of cloud . 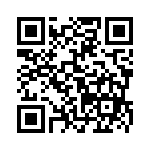