Antonio Jose Saraiva (1917-1993) was at the time of his death Professor Emeritus of Portuguese literature at Lisbon University. His major works include a three-volume "History of Culture in Portugal" and a "History of Portuguese Literature" which went through 16 editions between 1954 and 1993. His "Inquisicao e Cristaos-Novos" underwent four printings in 1969 and sold approximately 20,000 copies in Portugal within the year of publication. H.P. Salomon, Doctor in Letters (1988), University of Nijmegen, teaches the Portuguese, French and Dutch Literatures and Languages at the State University of New York in Albany. He has published extensively on the Portuguese New Christians, including "Portrait of a New Christian" (Paris, Gulbenkian, 1982) and "Uriel da Costa: Examination of Pharisaic Traditions" (Brill, 1993). I.S.D. Sassoon was educated in his native England and in Israel. He teaches Rabbinics and Bible at the Institute for Traditional Judaism in Teaneck (N.J.). He has just published "Destination Torah," a scholarly commentary on the Pentateuch. 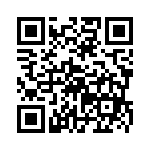