Sheila Smith McKoy is associate professor of English and director of the Africana Studies Program at North Carolina State University. She is editor of Obsidian: Literature in the African Diaspora. 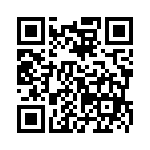