Pagina 196
Ferdinand Maria , who married Leothe early centuries Easter and the Passover poldina Eleonora , daughter of Philip William did , in fact , frequently coincide . According of Newburg . to the writer , this happened nine times in Charles ...
Pagina 269
In 1525 , by his wife Ellen , eldest daughter of William when his father died , he was twenty - three or ... an only son Richard from the registers at Farlington some thirteen and two daughters , Honora and Mary . or fourteen years ago ...
Pagina 323
Edward I. Margaret , daughter of the King of France . Thomas Plantagenet , died 1338 = Alice , daughter of Sir Roger Halys , of Harwich . Margaret Plantagenet , Duchess of = John , third Earl Segrave , died 1353 . Norfolk , died 1399 . 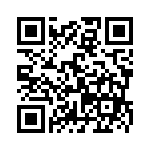