DONALD R. LIDDICK JR. is Associate Professor of Administration of Justice at the University of Pittsburgh, Greensburg. He has published three books and several articles that have appeared in various journals. 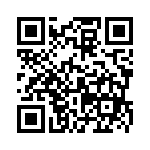