Pagina 27
That same year, 1 926, Breton published an article, "Legitime defense," which
was not so much an answer to Naville's theories as an attack on the Communists,
whom he didn't regard as true revolutionaries. As for the Surrealist position, ...
Pagina 41
They used the same title which, a few years earlier, had been given to an essay
against Anatole France: Un Cadavre. ln it, Breton is called a policeman, a priest,
a phony revolutionary, and a pseudo- Communist. The nucleus of the Surrealist ...
Pagina 44
Communist and Surrealist met on the common ground of their reaction to
Stalinism and their interest in the revolutionary function of art. Under the heading
"Pour un art revolutionnaire independ- ant," we read: "We need not explain that at
no ... 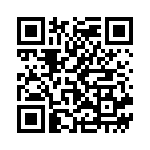